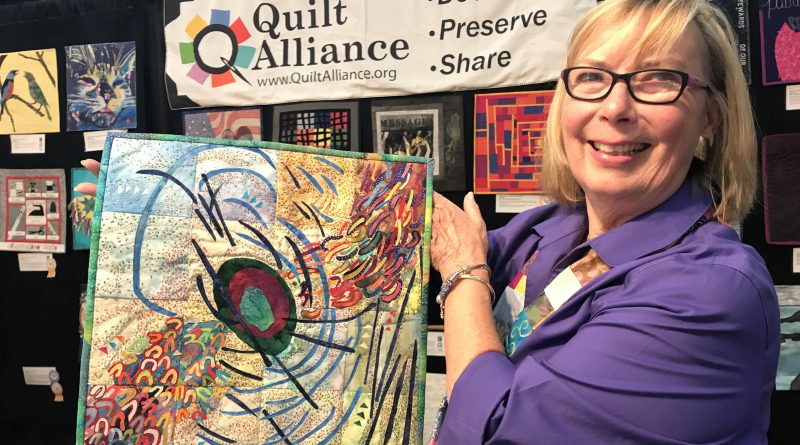 The Alzheimer’s Association Houston & Southeast Texas was thrilled to welcome Carol Poole for a visit while she was in town with her Quilt Alliance Contest winning “My Alzheimer’s Voice” quilt displayed at the Houston International Quilt Festival. Houston writer and alztex guest blogger Magge Berardo took time to sit down for a visit with Carol to talk about her Alzheimer’s journey and how her passion for quilting is helping her share her voice.

It is heresy for a quilter to burn her fabric, yet the winner of the Quilt Alliance’s 2017 Voices Quilting Award has done just that.

Burned the fabric. In one corner, it begins with loops of color, all brightly piling into one another, that merge in the center where they are consumed by a dark vortex and released on the other side, stretched and dull. Upon first look, it a far cry from the cozy quilts of Little House on the Prairie. But this quilt tells the story of its maker and her new, unconditional life.

“I do not make pretty quilts. I make powerful quilts. I burned the fabric to depict the burned holes in my memories that just aren’t there anymore.”

The theme of this year’s Quilt Alliance competition was “My Voice.??” Poole, being the Alzheimer’s Association National Early-Stage Alumni Advisor, used a white-hot seam-ripper to punch burning wholes in her quilt, depicting the voice of her disease.

Poole was diagnosed with Mild Cognitive Impairment (MCI) in 2013, and probable Alzheimer’s Disease in 2014. Four years ago, she knew that something was wrong when she began to forget things, including her husband’s birthday. “I thought it was the polio,” Poole says.”I got polio as a kid, right before they released the vaccine.” Poole says this is a common mistake, as many people assume it is anything else but Alzheimer’s. Her husband, whom she calls “darling Ken,” insisted it was just stress before her 2013 diagnosis.

Poole’s mission has been to educate doctors and patients alike about the importance of early-stage support.

“There are two kinds of patients,” Poole smiles as she continues. “The ones who diagnose themselves, and the ones who have friends and family diagnosing them. Only one kind can catch it early.” Poole means that patients who know when something is wrong, even if they think it is an old case of polio, seek professional help faster. Patients who have a support system behind them, telling them that they’re “just getting old,” can prevent early-stage care. Since joining the Florida Early-Stage Advisory Group in 2015, Poole’s mission has been to educate doctors and patients alike about the importance of early-stage support. 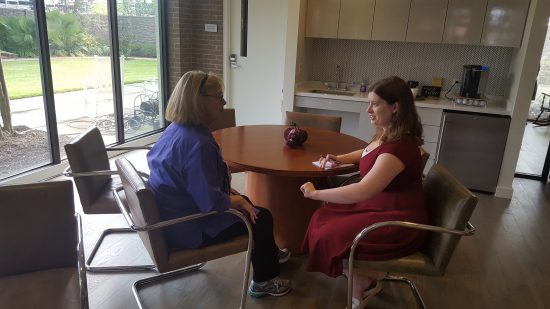 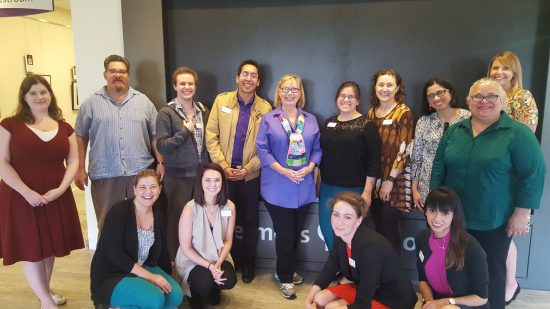 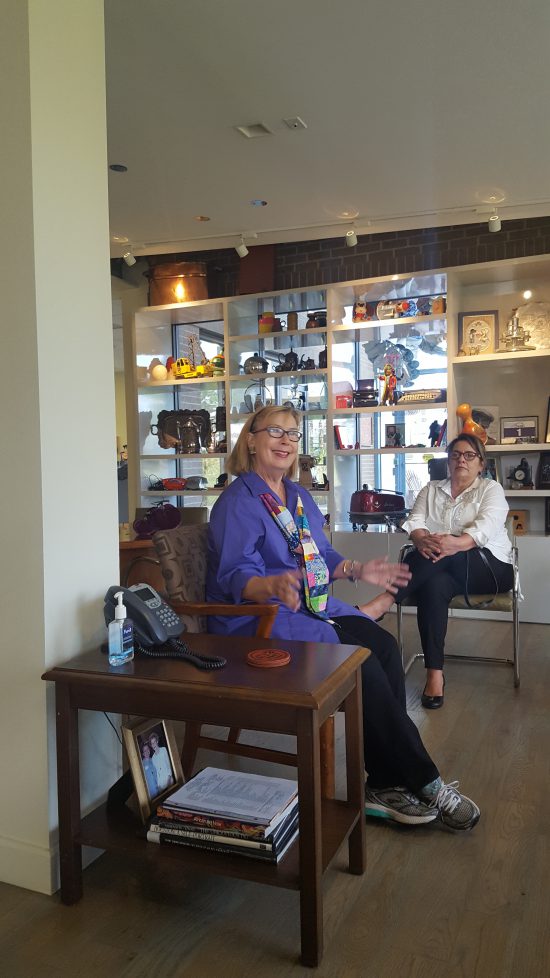 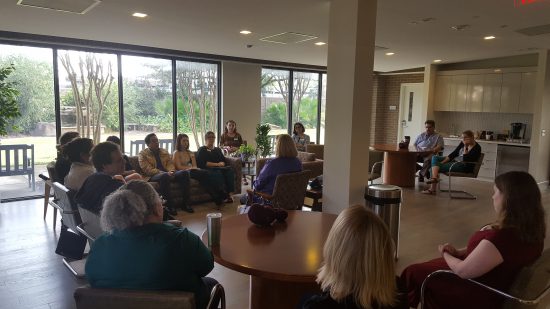 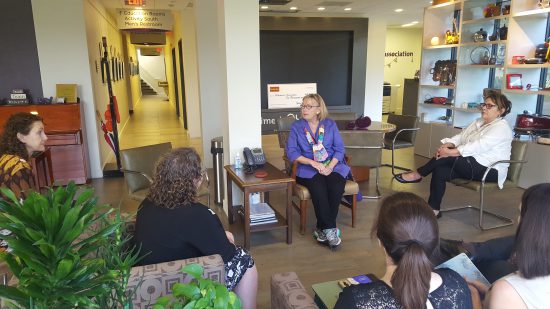 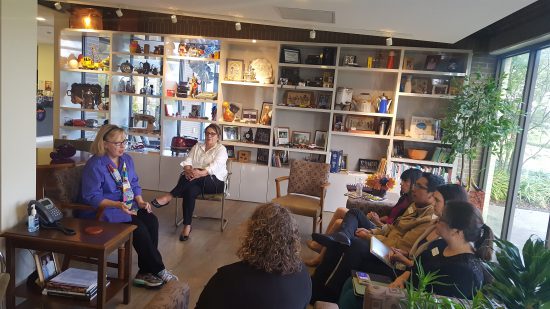 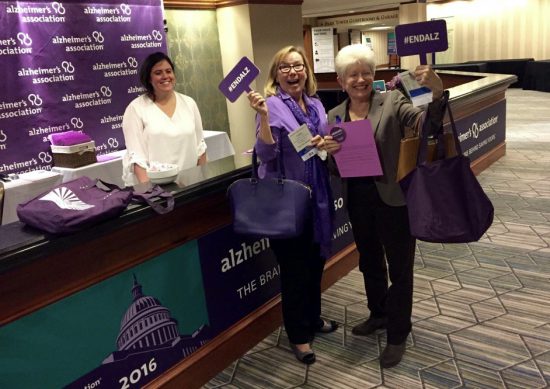 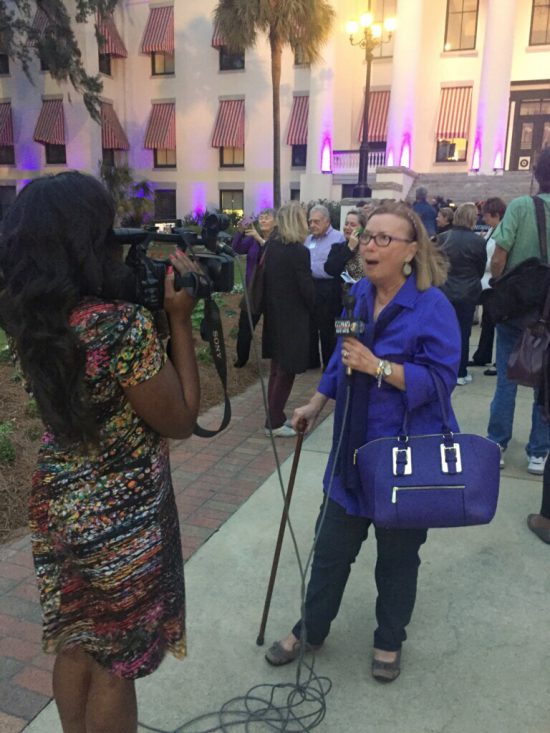 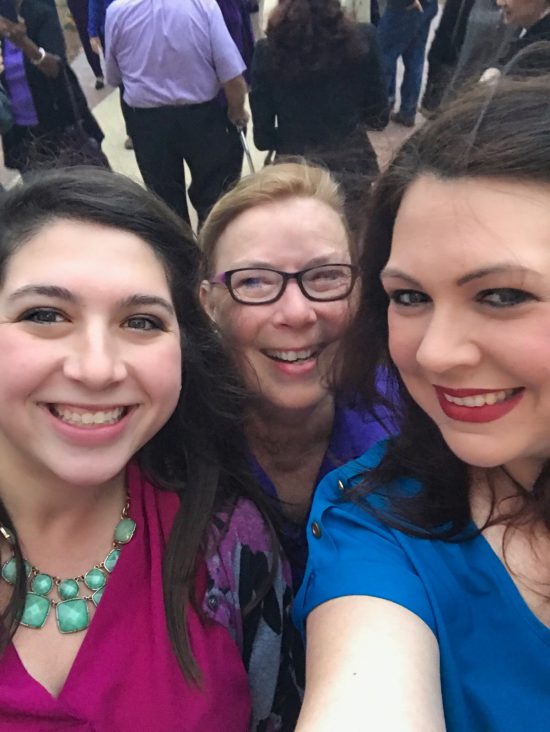 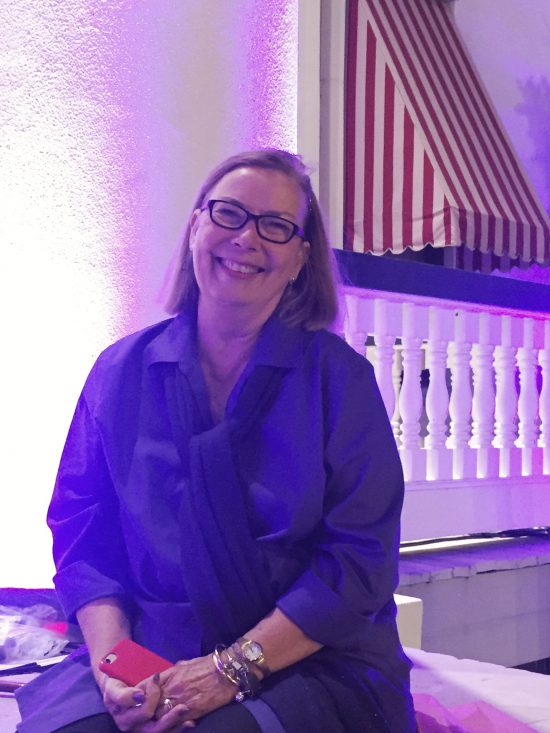 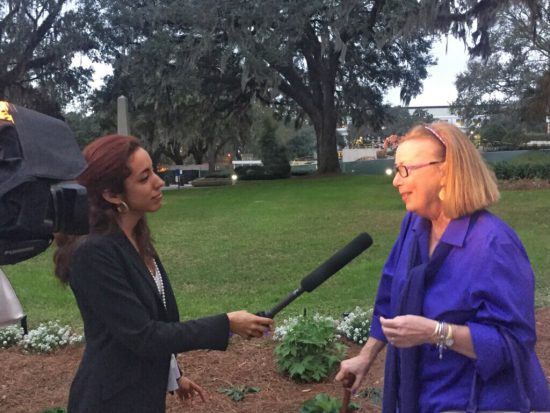 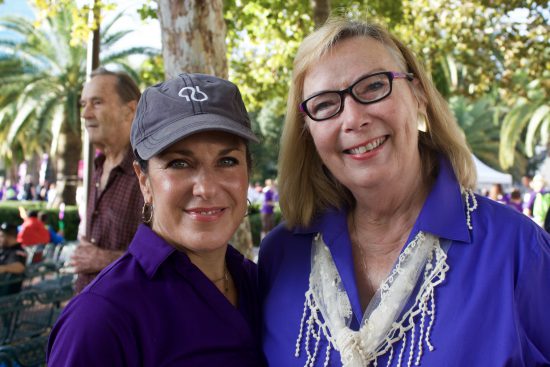 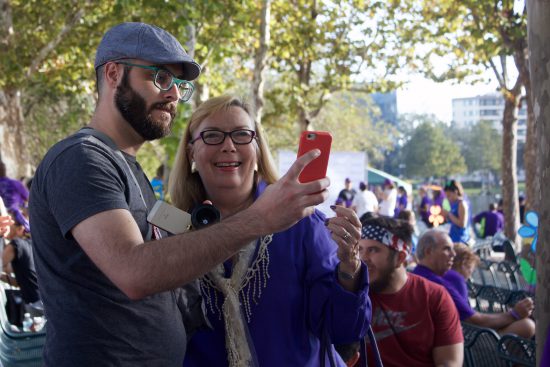 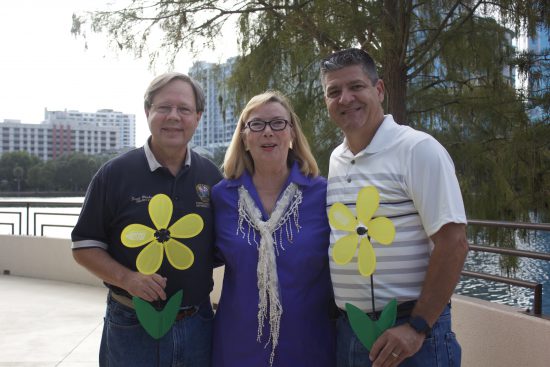 “I used to be such a planner” Poole laughs. “But I can’t do that anymore. Now, I’m embracing opportunities.” Poole has a team of caregivers around her, from her husband to her friend, Katherine Waterloo, who travels with her to the 2017 Houston International Quilting Festival. This support system is invaluable for Poole as she adjusts to her life with Alzheimer’s. “You have to use technology,” Poole advises for all patients who find themselves in early diagnosis. “I stopped reading books, I use audio(books) now. And I have this Find a Friend app too.” Poole’s locator app is linked between her cell phone and her husband’s, so that Ken can always find her. She retells an experience going to the local Walmart, where she parked at one door, and walked out through another. She could not find her car and became disoriented in the parking lot. Moments like these become easier when Poole can get help form her locator app.

Lucky for Poole, she has been quilting for so many years that nothing can stop her.

With so many changes happening in Poole’s life, she admits that certain hobbies can be hard to maintain. Lucky for Poole, she has been quilting for so many years that nothing can stop her. “It takes months to make a quilt,” Poole says while detailing how she made this year’s Quilt Alliance award winner. “I put blinders on when I’m making one.” Poole’s hands fidget as she speaks, something common in Alzheimer’s patients. This fidgeting works to her advantage with quilting, because Poole has years of muscle memory to guide her fingers, even when her brain might forget some of the steps. “I know how to do something, but I can’t always tell someone else,” Poole laughs. “I remember step one and step five, but I might forget what step 4 is. I’m better at showing than telling.”

Poole’s work, though, tells all. “Here, you have my ideas, which were always bright and well defined,” she points to the brighter, more traditional side of her quilt. “Then they come out here, and they’re changed.” She motions to the top, where the burning swatches stand out. “They go through this vortex in the middle. For me, that’s Alzheimer’s [but] this vortex can apply to any sort of transition”

This year is Carol Poole’s first award for her quilting projects. Next year’s Quilt alliance showcase is themed “Mother Nature” and Poole has already begun planning. While her Avant Guard quilting style has not been a winner before, Poole knows that this year was special. “This is the path I’m on” Poole says, looking fondly at her vortex quilt. “And other people are on it too.” 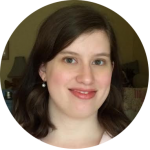 Maggie Berardo is a Houston area writer who has had her nonfiction and fiction pieces published on local and national publications. She has a love of food, marine biology, and historical fashion. When she is not writing freelance, Maggie works as a docent at the Houston Museum of Natural Science, and acts as marketing coordinator for Writespace Literary Group. Her maternal grandmother, Jean Mayhall, and her maternal great grandmother, Rose DeFalco, both had dementia. Maggie wants to work with the Alzheimer’s Association and those impacted by Alzheimer’s and dementia to craft the personal stories behind all of our loved ones who are working through these conditions. 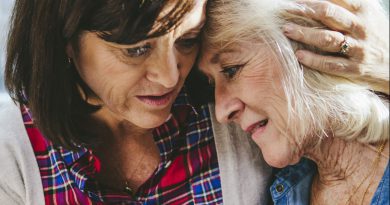