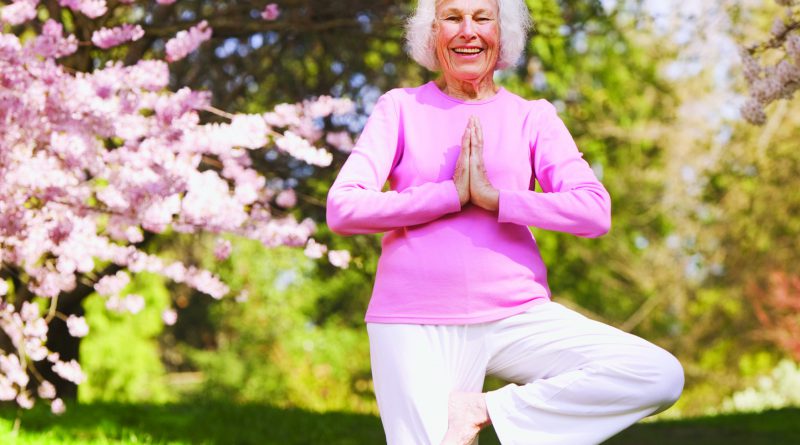 Yoga can be great for overall health. A form of mind-body fitness that combines muscular activity with a mindful focus on breathing, energy and self, yoga has been shown to improve flexibility, sleep, and digestion. ??It may also be a useful tool for strengthening our brains.

Here are 5 Benefits Of Yoga for you to consider when thinking about what sort of exercise to do: 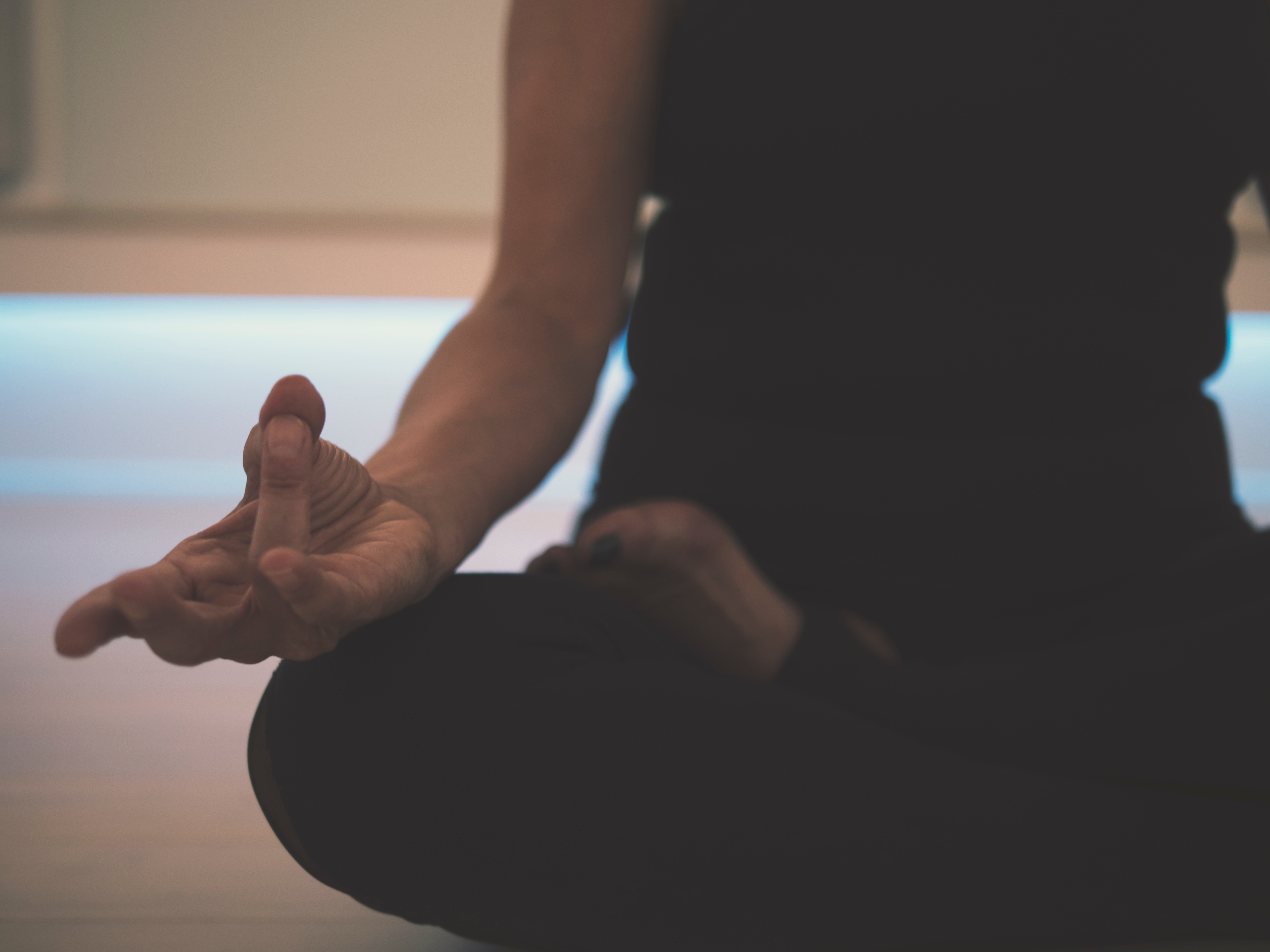 Yogis, people who regularly practice yoga, often report a sense of serenity and well-being from taking part in a yoga class. ??Recent, controlled studies have demonstrated the effectiveness of yoga in reducing stress and anxiety. Through the process of holding positions and focusing on breathing, people learn to better cope with psychological stress. ??Lowering stress levels seems to help reduce the risk of depression.

The British Journal of Psychiatry published a meta-analysis of 23 studies that followed nearly 50,000 older adults over a median of five years. Researchers found that depressed adults over the age of 50 were more than twice as likely to develop vascular dementia, and 65 percent more likely to develop Alzheimer???s disease than similarly aged people who were not depressed. ??Regardless, reducing stress and depression have obvious benefits in improving quality of life. Yoga can help. 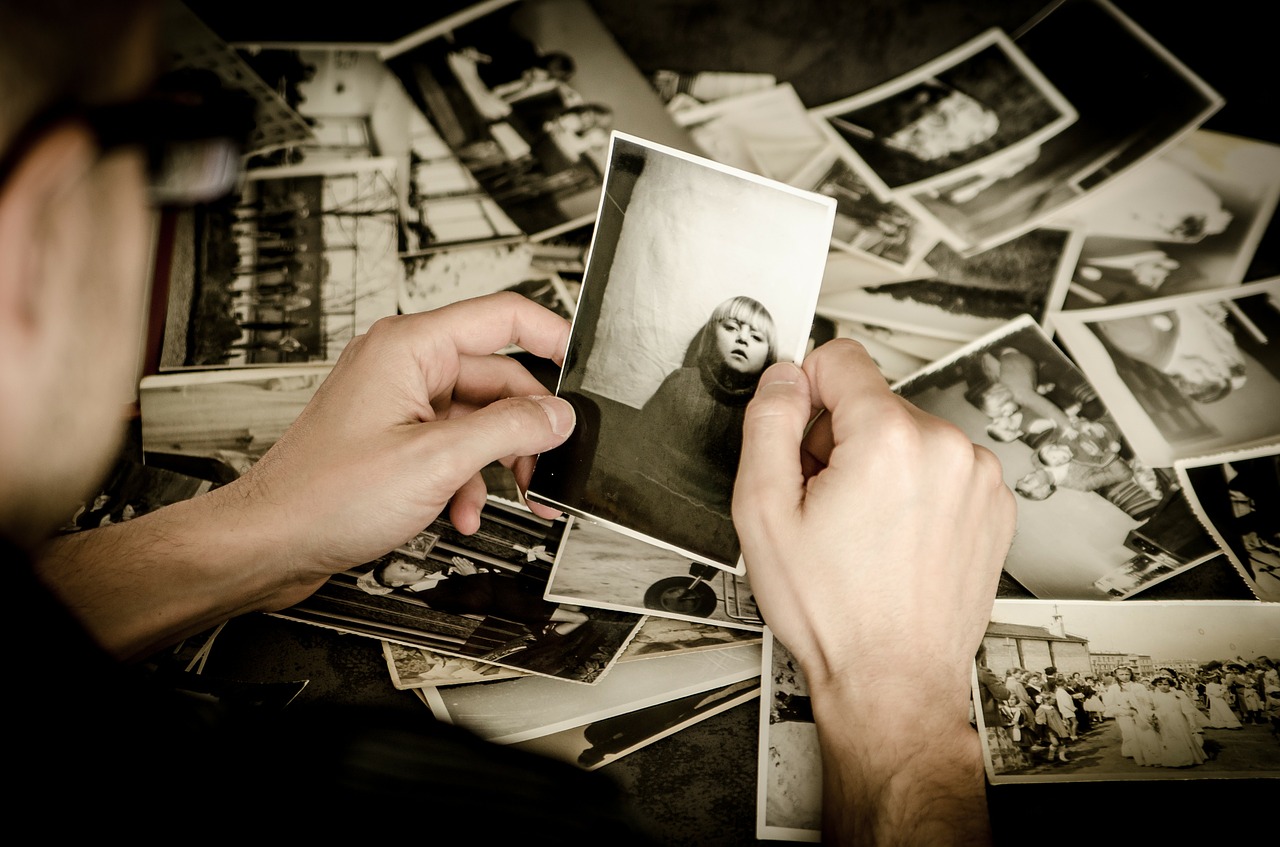 A research study conducted at UCLA and published in International Psychogeriatrics found that yoga can help improve memory. Researchers recruited 81 participants, age 55 and above, with mild memory complaints, such as forgetting names or misplacing items. Volunteers were randomly assigned to either 12 weeks of memory enhancement training or yoga, and were followed over a six-month period. The memory training group participated in weekly, one-hour sessions with daily, 15-minute homework assignments. Trainers taught techniques such as the use of stories to remember to-do lists or grocery lists. The yoga group had weekly, one-hour sessions in Kundalini yoga, a form of yoga that focuses on breath and is appropriate for adults with physical limitations. They also received handouts and CDs for daily, 12-minute, at-home meditation practice using a yoga singing exercise known as Kirtan Kriya, which uses sound and finger movements to promote focus and concentration.

At 12 and 24 weeks of follow up, both groups showed significant, comparable memory improvement when given the task of remembering a list of words after a short delay. In measures of executive functioning and symptoms of depression, anxiety and psychological resilience, however, only the yoga group showed significant improvement. Because the study group was small , the findings will need to be confirmed in larger clinical trials in the future, the researchers said. ??In a subsample of this same study, researchers used functional magnetic resonance imaging to document brain connectivity, structure, and chemical brain changes associated with the two forms of training over 12 weeks.

The study included 14 participants in the yoga group and 11 in the memory training group. In the paper, published in the May 2016 in the Journal of Alzheimer???s Disease, researchers reported finding that yoga was as effective as memory training in improving connections between brain regions involved with verbal memory performance. 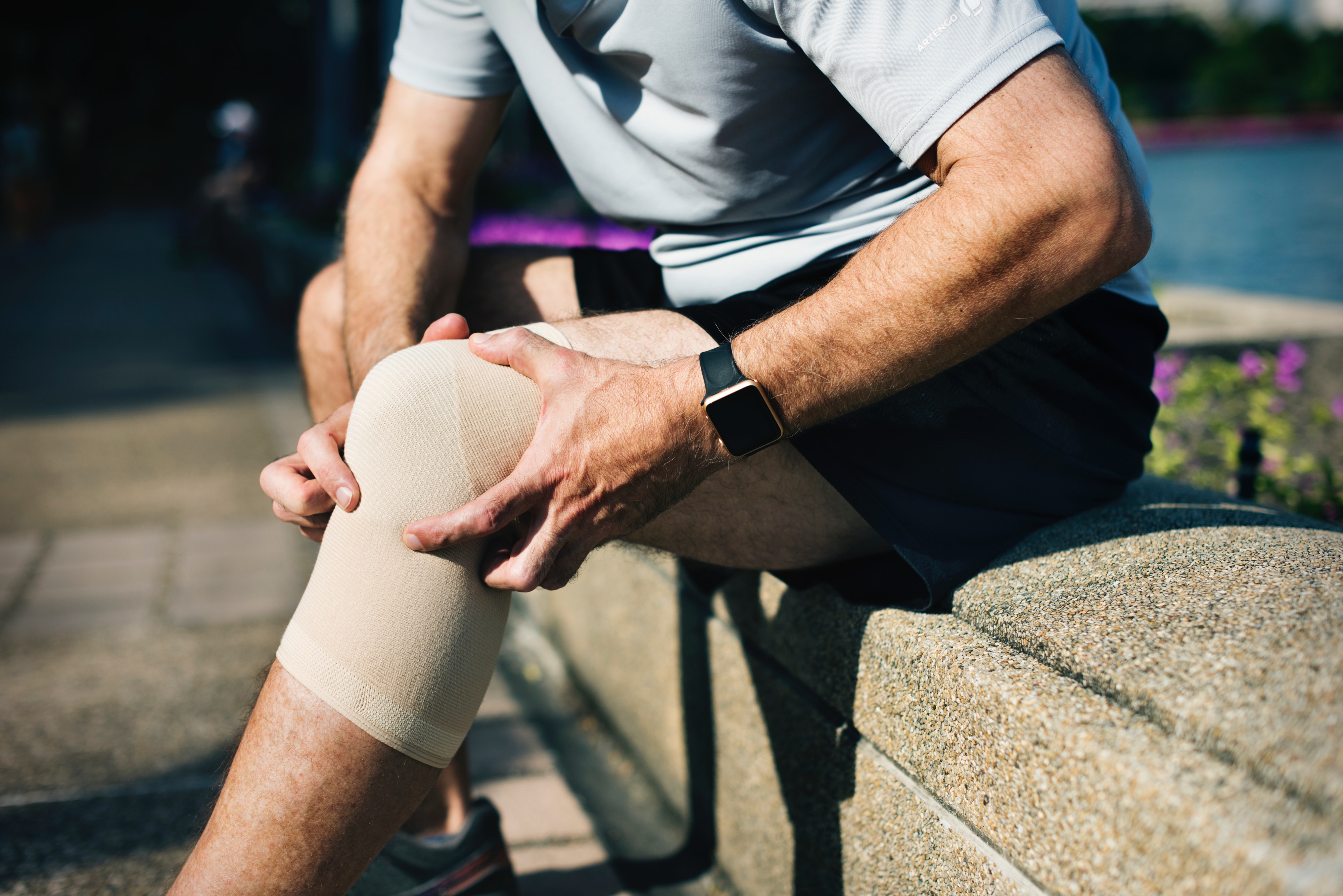 Chronic pain is a growing problem affecting older adults who live on their own, as well as up to 85% of those in care facilities. ??A recent article in Cognitive Vitality explored the interesting question of whether chronic pain can increase the risk of dementia.

The article quotes from a recent study published in the Journal of the American Medical Association Internal Medicine that noted that people with chronic pain had a more rapid memory decline and a faster increase in dementia probability compared to those without such chronic pain. However, it isn???t clear whether the pain itself impacts cognitive function or whether the impact is related to the source of the pain or how it is treated matters. What we can safely say is that chronic pain is linked to depression, anxiety, and impaired cognitive function.

In this context new research offers encouraging news, suggesting that practicing yoga may be an effective, non-pharmacological treatment for pain. Researchers found that chronic pain can be prevented or reversed through mind-body practices, such as yoga or meditation, that reduce pain perception and offset the effects of age-related decreases in gray matter volume while helping maintain white matter integrity. 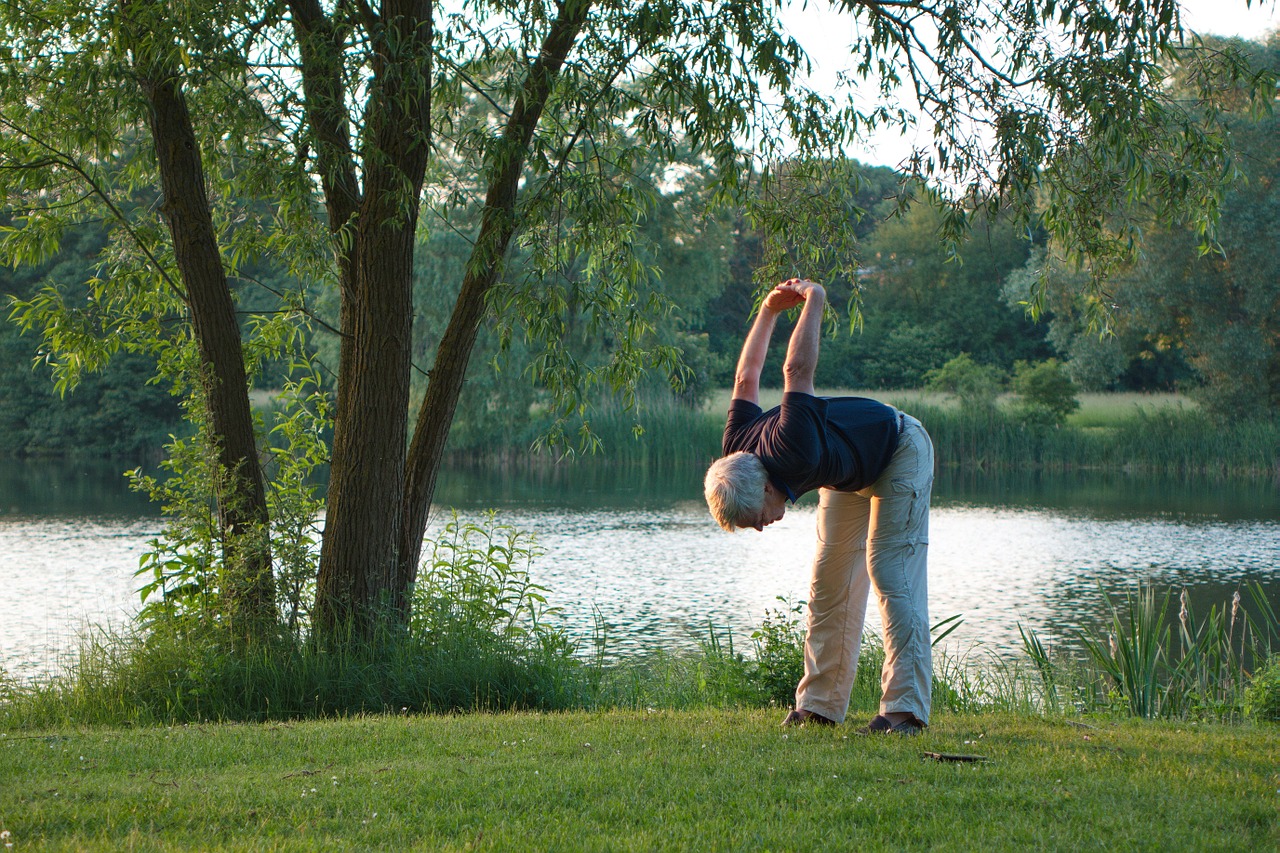 The brain and nervous system are continuously regenerating as we gain new knowledge and experience. ??Practices that combine concentration and movement, such as yoga, are powerful tools for increasing neuro-plasticity, the brain???s ability to change, create neural pathways and reorganize itself.

It is generally accepted that parts of your brain become larger and stronger the more they are used, while unused regions become weaker and atrophy. Habitual thoughts, behaviors and reactive patterns fortify neural networks, for better or worse. Yoga creates new, positive patterns and provides a tool for releasing old, negative patterns through breath and movement.

Yoga postures can also help with physical flexibility, balance and coordination. A number of recent studies suggest that balance and coordination exercises that keep you physically nimble may help keep you mentally nimble as well. Louisa Sylvia, PhD, Director of Psychology at the Bipolar Clinic and Research Program at Massachusetts General Hospital, points out that maintaining balance and following through with smooth movement is a dynamic process that involves perceiving changes in the environment and initiating innumerable, unconscious shifts in position and posture.

???As with many other mental abilities, these brain functions can deteriorate with age and physical inactivity, contributing not only to cognitive decline, but also to greater risk for falls. Fortunately, research suggests that both balance and coordination can improve with practice,??? she said. Yoga is one such practice. 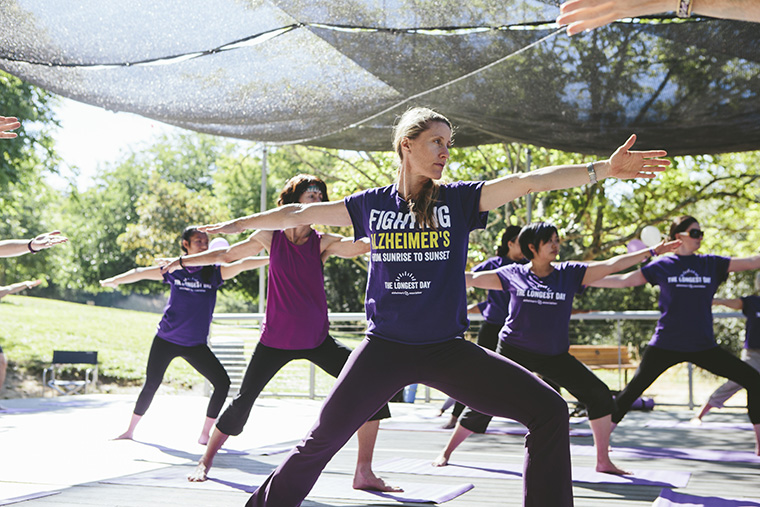 Caregivers, especially women, have been shown to overestimate their flaws and underestimate their strengths. ??Failing to see yourself as a unique, capable person has negative consequences, taking a toll on mental and physical wellness. ??It also prevents us from feeling a sense of potential, hope, and joy. Yoga practice, especially in communal or group settings, has the ability to help us refocus on the positive, and this is empowering.

There are many different kinds of yoga, including gentle and therapeutic yoga for those with physical limitations or problems with other forms of exercise.

Find the one that is best for you ??? and find a teacher to help guide you to breath and mindfulness.

Then, put your hands to your heart and chant OM.

You???re on the path to a practice that can benefit you for a lifetime. 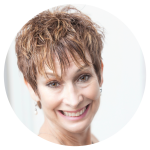 Marti writes as a Guest Blogger on the AlzTex blog, covering topics related to Yoga,
Caregiver Stress, and Brain Health. 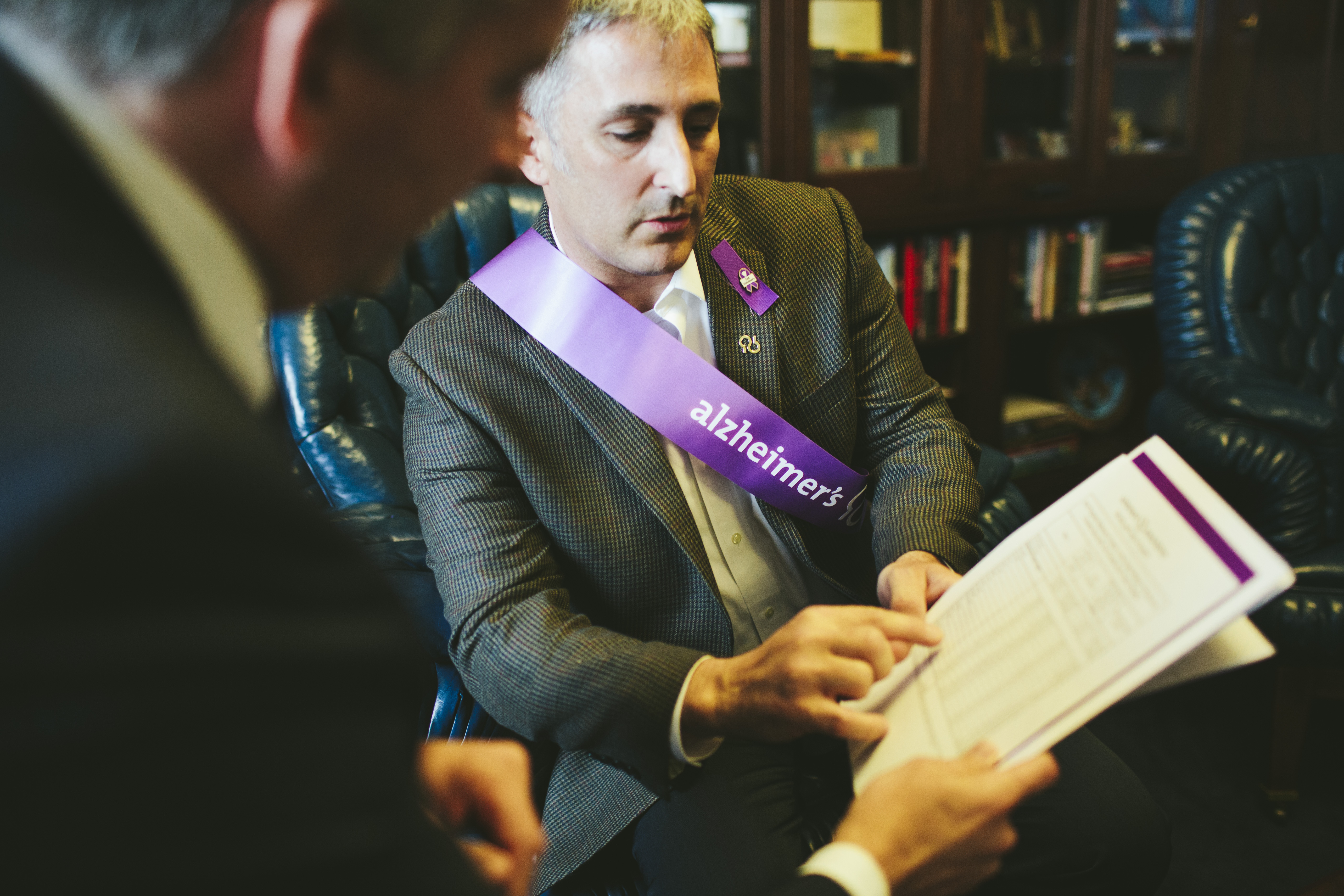 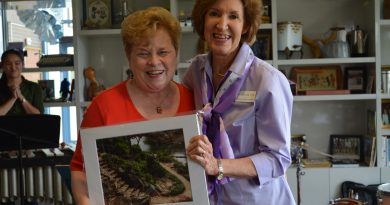 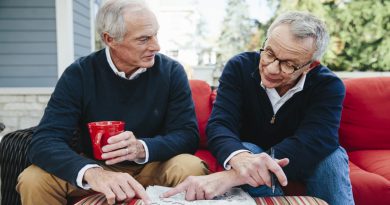 Ring Theory ??? How Not to Say the Wrong Thing

February 18, 2016 AlzTex Admin Comments Off on Ring Theory ??? How Not to Say the Wrong Thing