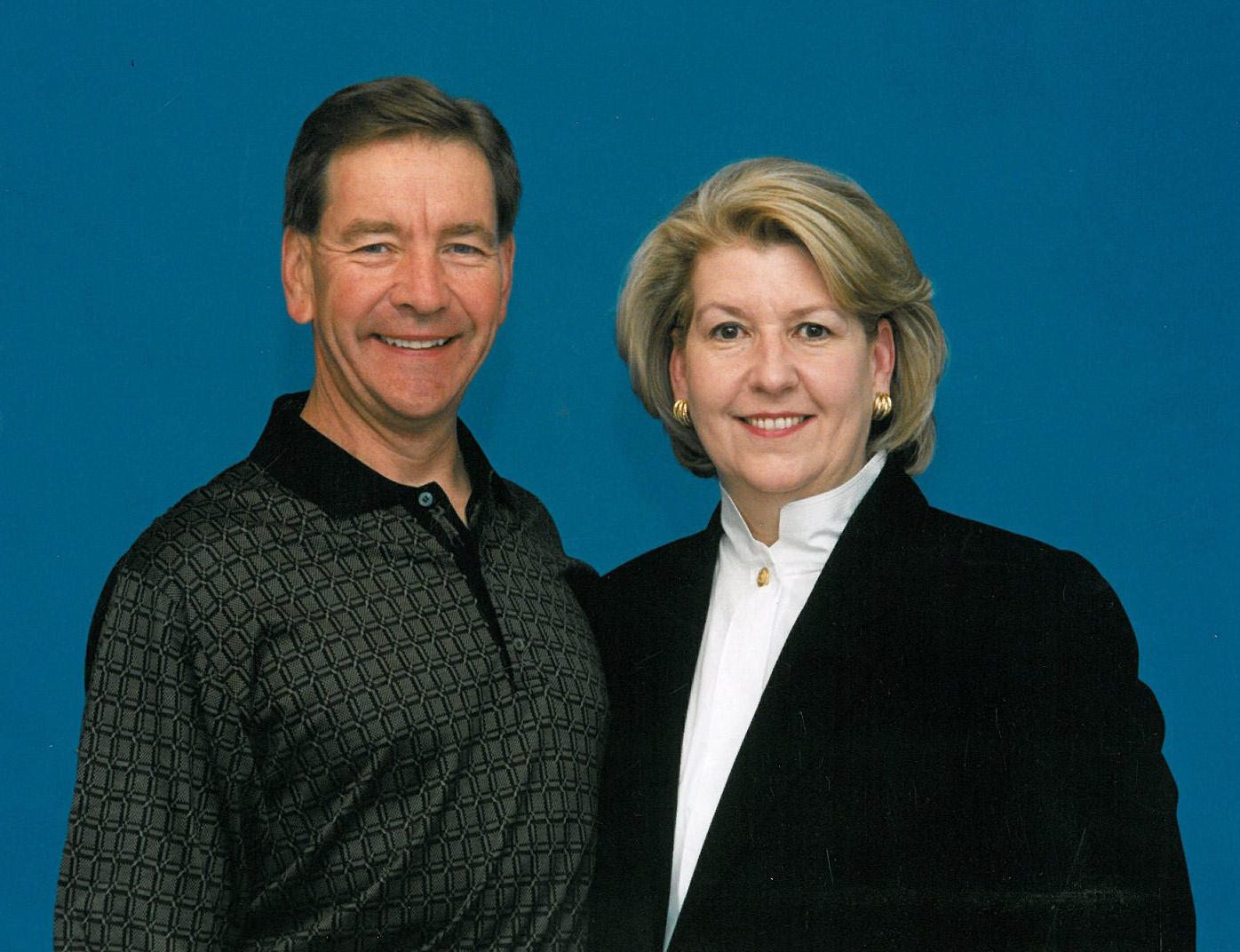 This is my second post describing the journey with my wife Cheryl. In a period of 42 months, this insidious disease progressed from mild stage early onset Alzheimer??????s to the severe, profound stage she is experiencing today.

It started in the summer of 2007.????? Cheryl and I were in Toronto visiting a group of friends we met while living in Germany.????? These reunions take place every couple of years so they had not seen Cheryl in some time.????? As the reunion concluded, both other couples pulled me aside to talk.????? They were concerned about Cheryl??????s behavior.????? She was having trouble following conversations and finding words while speaking.????? They asked me if Cheryl was having some sort of series of mini strokes. ?????I?????hadn’t?????really noticed the subtle changes in her behavior since I was with her most of the time.????? Was it possible I?????didn’t?????want to notice these changes? Cheryl was only 56.

Our day-to-day routine seemed to be fairly normal except for Cheryl??????s struggling for proper wording or leaving cabinet doors open.????? I knew there was something wrong but I was just not prepared to address it. ?????As I reflect on it now, I had noticed changes but because of my denial, I?????didn’t?????do anything about it.????? The lesson learned: do not put off seeking medical help for something that you do not yet understand.

A couple of major events that caught my attention occurred in the spring and summer of 2008.????? I was leaving on a long trip out of the country, so I asked Cheryl??????s mother to come and stay with her during my absence. ?????Cheryl picked her mother up at the airport, a route she had driven many times before. ?????On her way home, Cheryl got lost.

The next day, I scheduled an appointment with a neurologist. Neurologists are a little scary because they deal with the brain.????? You know what to expect when you go to a cardiologist or an internist but with a neurologist you have no clue what is going to happen. ?????He did the normal memory related exam and scheduled a battery of tests, including an EEG, CAT Scan and neuropsychological exam.????? The neurologist told us Cheryl was experiencing symptoms of aphasia (inability to speak) but he did not know what the cause was.????? He suggested for us to get a second opinion. That??????s when I decided to take Cheryl to the Baylor College of Medicine.????? They scheduled additional tests including a PET Scan (the test used to diagnose Alzheimer??????s).????? Because of Baylor??????s heavy schedule with their other patients, they did not get back to us with a diagnosis until February 2009.????? The doctor walked into the exam room and calmly announced that the test results had been reviewed.????? Cheryl had Alzheimer??????s disease at the age of 57.

I was in disbelief. I had heard of Alzheimer??????s but really?????didn’t?????know what that meant for us. I don??????t believe Cheryl totally comprehended the diagnosis either.????? It was only when the doctor told her she should stop driving that she began to cry. ?????A psychologist then came in to explain what we could expect and to tell us what resources were available.????? By that time I?????wasn’t?????really hearing anything the doctor said.????? We left the office knowing our lives would change but not knowing what the future would look like or how to deal with the unknown.

I Googled ??????Alzheimer??????s disease?????? when we got home from the doctor??????s office.????? There was so much information available it was overwhelming; and yet, I?????couldn’t?????find anything that told me how to deal with it on a day-to-day basis.????? I was told that the ??????The 36 Hour Day?????? by Nancy Mace and Peter Robins was a good reference book. ?????I started reading it and it was so depressing that I had to stop. This book was written in 1981 and surely there must have been more progress made. ?????Cheryl was still in the early stages of the disease and this book focused more on the later stages. ?????I continued my search online and found ??????Coach Broyles?????? Playbook for Alzheimer??????s Caregivers – A Practical Tips Guide?????? by Frank Broyles, the former head football coach and later Athletic Director for the University of Arkansas.????? This is exactly what I was looking for ?????? a day-to-day guide for caregivers. ?????This book put things into perspective for me. ?????It is a short, easy-to-read book and breaks the disease into the early, mild and severe stages.????? I ended up buying the book for all of our family members so they also would know what to expect.????? I?????didn’t, however, contact the Alzheimer??????s Association until much later when Cheryl??????s condition progressed.????? Lesson learned: If I had to do it again, I would have contacted them much sooner.

Our Alzheimer??????s journey had begun.

I look back now and realize that early on I was in such denial about Cheryl??????s symptoms.????? It is important to listen to friends and family members when they are telling you something appears to be wrong with your loved one.????? Had I faced the reality that something was seriously wrong earlier, we could have been so much more prepared for the future. ?????For example, I could have applied for long-term care insurance for Cheryl. ?????It costs a lot of money to care for someone with Alzheimer??????s, but by the time we had a diagnosis it was too late to put these things in motion. ?????Never did I think that Cheryl would be in a memory care facility in less than 4 years.????? I also regret not reaching out to others who had been down this path before.?????

The problem many of us have is not knowing where to begin. ?????We neither know what to ask nor who to ask it.????? With this blog, I hope to be able to answer those questions for those facing the challenges this disease presents.

What is this disease? Learn as much as you can.

-Written by Don Baird as part of our ??????Lessons Learned?????? blog series. Be on the lookout for more wisdom and lessons learned from Don in the coming weeks and months. 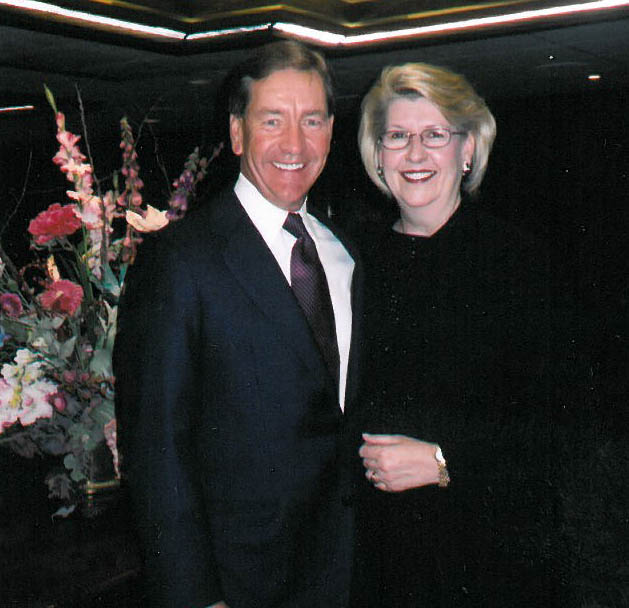 August 30, 2012 AlzTex Admin Comments Off on Memories with Bonnie

Laughing Through The Hard Times

2 thoughts on “Lessons Learned: What Is This Disease?”