I started a new job back in 2002 and instantly became friends with my new co-worker Renita Sheppard. We worked together for several years when her mother Nita Smith was diagnosed with Alzheimer??????s disease. ??????What the heck is Alzheimer??????s??????? I wondered. Who knew that this disease would bring us so close together? Back in the mid 90??????s Nita was forgetting little things, like leaving her purse behind when she left to go somewhere. Then she started leaving work with the day??????s cash deposit and she would forget to stop at the bank to make the deposit on time. Now, Nita was paying her house mortgage twice a month – Yikes! Renita??????s sister-in-law called her one day at work and told her that she saw Nita pull out in front of an 18 wheeler! Eventually, Renita had to sell her home so that she, her husband and their two young boys could move in with her mom and help take care of her.

In 2003, Renita found the Alzheimer??????s Association website and she got a lot of good information, resources and support. She found Libbie??????s Place in Galveston and her mom attended there regularly while Renita continued to work. Renita also found out about the ??????Memory Walk?????? as it was called back then and asked me if I??????d be interested in starting a team and being the captain. I agreed as long as Renita would be my co-captain and we dove right in and started up a team – Nita??????s Forget-Me-Nots. We have walked every year since then collecting donations for the Alzheimer??????s Association and now it??????s going on our 8th year to walk as a team! We have great supporters that have donated towards our individual goals each year, helping us to win 1st and 2nd place for ??????most donations collected?????? many times!

I got my sister-in-law, Theresa Patterson, involved with the walk and she joined our team 4 years ago to help support Nita??????s Forget-Me-Nots. We didn??????t know it then, but her sweet mother, my mother-in-law Julie Travis, was diagnosed with Alzheimer??????s disease in September 2010. It is not an easy road for anyone and as a caregiver, you feel so sad and so helpless because your loved ones?????? memory is just not there anymore. As it begins to fade, you wonder if she even knows who you are at times. Does she really know who I am or am I just a nice lady that comes to visit her? I see glimmers of clarity in her at times and then, just as quickly, it is gone again.

Participating in the Walk to End Alzheimer??????s gives me a chance to meet new people and share my experiences of Alzheimer??????s. It gives me hope that a cure will be found and that no one will have to suffer with this horrific disease anymore. 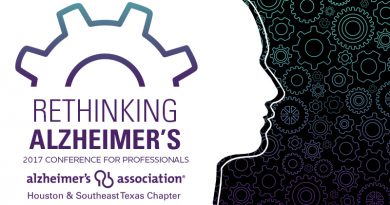 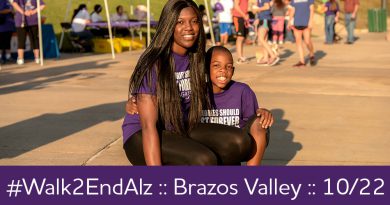 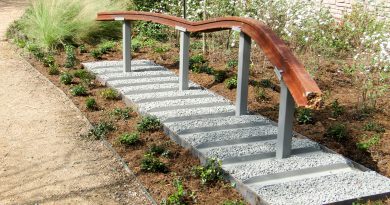